A stage magician, openly engaging in trickery, often masters an endless repertoire of precision sleights and deft misdirections only to be relegated to street busking or scrounging for tableside tips. The hustler, however, comfortable in the presence of the hopelessly gullible, can merely learn to poorly half-ass his/her way through one cheap trick, yet yield a cult of devoted followers willing to spill their life savings into an empty promise of salvation. 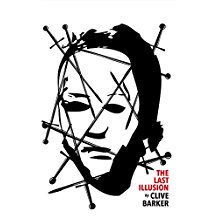 Scam mediums, grifter gurus, fraudulent faith healers, all retain a profitable market of those who care little — and are often openly hostile towards — the debunkings suffered by their false messiahs. “Psychics” — even those amongst the most sought — are often laughable in their feeble cold readings, which are nonetheless sufficient to fleece the willing rube.

Indeed, water-into-wine is well within the domain of amateur stage magic, making the history of illusion a potentially troubling topic for the religious supernaturalist. How many religious movements were predicated on exasperatingly simple stage sleights, concealed gimmicks, confusing misdirections?

The “honest” magician sells entertainment, claiming no supernatural command over unknown forces. They, like Clive Barker’s symbolic character, Swann, in The Last Illusion, might prefer the title of “Illusionist” over “magician.” Just the same, some observers will suspect (just as some will suspect trickery on the part of the mystic) that the magician harbors secret powers merely explained away as “illusion.” As an accomplished mentalist once observed, it makes little sense to raise the ire of debunkers and skeptics when baffled observers will interpret the illusion as reality despite any disclaimers given anyway. END_OF_DOCUMENT_TOKEN_TO_BE_REPLACED