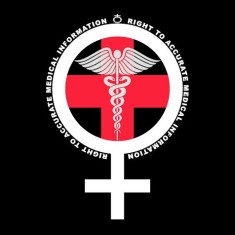 Predictably, this led to some typical skeptical commentary from some of the usual suspects suggesting that TST is “merely” engaging in a PR ploy, a scheme designed to garner media attention. It’s a bizarre criticism that makes little sense to me, as spokesperson for TST, and my reply to various journalists who have questioned our attention-getting tactics has been consistent: Of course we want to bring attention to this campaign. The exemption letter that our counsel has drawn up is simply worthless if nobody uses it. Naturally, nobody can utilize the letter if they are not aware of it. So, yes, we unashamedly seek maximum attention for our Right To Accurate Medical Information initiative, and we genuinely hope that women in the unenviable position of needing an abortion in a state where “informed consent” laws exist will use the letter as an opt-out from the indignity of compulsory state-mandated misinformation. END_OF_DOCUMENT_TOKEN_TO_BE_REPLACED