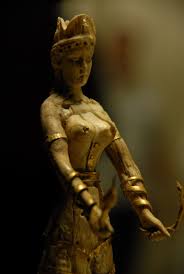 The pernicious encroachment of weasel bills imposing “informed consent laws” (requiring women seeking abortion be given false and/or biased scare material dissuading them from their decision), mandatory trans-vaginal ultrasounds, and “Wrongful Birth” bills (effectively allowing doctors to withhold information from a patient that they feel might increase her “risk” of seeking an abortion), are products of this effort to make what is ostensibly legal practically untenable and overly insulting.

Wondering what an actual Satanist might make of Cruz’s comment, National Journal reached out to The Satanic Temple for comment. I replied, noting that while Cruz’s comment was essentially correct, it was also clearly misapplied toward simple-minded ends, with Cruz either missing, or ignoring, the real point entirely. “The message conveyed by the Hail Satan faction was, I feel, both salient and clear,” I explained. “Religious rationales used to justify certain views to some hold no currency whatsoever to scores of others. While neither the Old nor New Testaments have anything directly to say about the issue of abortion, interpretations of those texts, construed into a Pro-Life stance, mean nothing to those of us who do not contextualize our lives within the framework of those mythologies. Thus, chanting Hail Satan was an effective way of saying, You are going to have to argue your point on rational grounds. We do not subscribe to your Religion.”

The nuanced reality that The Satanic Temple can advocate for individual choice while not pretending to have a philosophical monopoly on personal sovereignty beliefs should not be too intellectually taxing, even for the apparently limited mental capabilities of Senator Cruz and his perpetually offended supporters.

In fact, The Satanic Temple does support personal choice in the context of abortion, and as the first initiative in a multi-faceted Women’s Rights campaign, TST is now offering an exemption from State-mandated “informed consent” materials — “informational” materials which are often scientifically unfounded or medically invalid [1] — to those who share our deeply-held beliefs regarding informed choice. We believe that the body is inviolable, subject to one’s own will alone. Further, we strive to make all decisions regarding personal health based on the best scientific understanding of the world, regardless of the religious or political beliefs of others. We have devised a letter for women seeking an abortion to take to their care providers, placing the care provider on-notice that such materials violate the woman’s religious principles and, as such, must be withheld from contributing undue stress and confusion in what surely is already an unpleasant situation.

Informed consent materials — which have included claims of a link between abortion and breast cancer [2], as well as claims regarding a depressive “post-abortion syndrome” [3] (both of which are complete nonsense) — openly politicize the dissemination of scientific information, favoring claims that discourage abortion — even when those claims are dubious or outright false.

Conveniently, the Supreme Court’s recent controversial Hobby Lobby ruling contributes to the standing of our argument for a religious exemption from informed consent, providing a solid precedent for which we may disregard any legislated medical information we find biased and objectionable. As I stated for our recent press release announcing the Informed Consent exemption initiative: “While we feel we have a strong case for an exemption regardless of the Hobby Lobby ruling, we were (previous to that ruling) concerned that states might drag us through the courts, forcing us to hire expert witnesses and demonstrate the fact that their mandated materials are indeed scientifically unsound. However, given that the Supreme Court has decided that religious belief can trump scientific fact — in allowing Hobby Lobby to claim certain contraceptives as abortifacients, when in fact they are not — it naturally follows that our belief in the illegitimacy of the so-called informational material is enough to exempt us, and those who hold our beliefs, from having to receive them.”

The “deeply-held belief” exemption shouldn’t be confined strictly to those who self-identify as Satanists. As Satanists for whom access to the best available information, undiluted by biased or false information, is fundamental to our religious beliefs, we are willing to argue on anybody’s behalf that such a position qualifies as a “deeply-held belief”, rather than a whimsical declaration of convenience. As I explained to National Journal in regards to the Hail Satan counter-protest, “It is impossible to think that any sane person of average intelligence would interpret that occasion to mean that pro-choice rationales are all rooted, at their core, in an adherence to Satanism.”

Nonetheless, we foresee that Ted Cruz and others will see this as another case of “truth in advertising” — the “real” Satanic motivations behind the Pro-Choice movement revealed. However, it most often works the other way around: This is more likely how Satanists are created, rather than the revelation of long-standing Satanic plot; simpletons like Ted Cruz have, throughout history, demonized and maligned all agents of disagreement as the product of a Conspiracy of Evil. The self-identified Satanist simply embraces the label, wrests control of the narrative from zealous witch-hunters like Cruz. As homosexuals, pro-choice advocates, and others are ostracized by mainstream churches, more and more people conscientiously embrace Satanism as a metaphor for their rejection of oppressive religious cruelty.

Surely, there are Christians who consider themselves ‘Pro-Choice’ just as there are Satanists who, following their own conscience, consider themselves ‘Pro-Life’. The difference, however, is that we believe that those positions can not be dictated by a government authority. Your Pro-Life position should apply to you alone. If that’s your view, don’t have an abortion performed on you.

Some will argue that the woman’s decision to abort constitutes a violation of the will of the fetus, thus the choice is not hers to make. I would assert that this is necessarily a supernaturalist position with no legitimate standing in secular rule. Devoid of the presence of a supernatural ghostly essence (soul), the Will is necessarily the product of a developed nervous system, which clearly gives the authority of inviolability to the woman over the fetus.

The fact is, arguments based upon some notion of religious primacy aren’t going to resolve the abortion debate, nor should supernaturalism have any place in the argument at all. However, once a religious perspective begins to assert its demands — with derision toward, and at the expense of, reason and science — it becomes appropriate to re-assert those discarded values in the name of a religion that holds them sacrosanct.